The UK railway network is at the beginning of a step change in technology. Over the next 30 years the introduction of the European Rail Traffic Management System (ERTMS) will replace traditional lineside signals with in-cab movement authorisation and speed indication. During this transition, some existing lineside signals will naturally reach their end of life and require replacement. Give the shorter lifetime requirements for these ‘intermediate’ assets (they will only be required until ERTMS is implemented on that particular route), Network Rail are keen to find cost effective solutions given their ‘temporary’ nature.

The Self-Powered Wirelessly Operated Distant Signal (SWORD) is a replacement for a traditional colour light distant signal, using railway-standard COTS hardware, a wireless-communication link and a self-contained power source. The primary advantage of SWORD over the current solutions is that it doesn’t requiring long lengths of fixed copper cable between the signal and the control point, thus making it cheaper as well as immune to cable damage or theft.

In partnership with their suppliers, Network Rail have developed a prototype SWORD which has allowed some aspects of performance testing. However, to mature this design into a production quality product, it has been necessary to perform some wider Verification and Validation and ultimately produce a complete and consistent specification against which the final system can undergo testing.

A Model-Based Systems Engineering (MBSE) approach has been used to describe the system, its scenarios and identify any potential risks or issues. These have then been further explored using simulation, resulting in evolution of the model and then finally the model used to generate the required product specification. The advantage of this MBSE based Verification and Validation approach has been the ability to explore scenarios quicker, cheaper or safer than would be possible or are simply impractical with the prototype system.

This presentation will outline the approach taken, the structure and purpose of the model and the simulations carried out.

Network and Interact with MBSE, PLM, PLE, Systems Engineering, and Enterprise Architecture Industry Experts All In One Place
CLICK HERE TO REGISTER 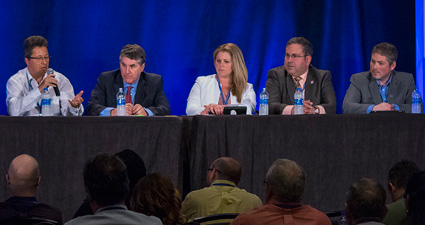